Oak wilt has and continues to be a big problem in Andover and the whole Anoka sand plain. This disease is caused by a fungus, which clogs the vascular system of the tree. In defense, the tree produces certain structures, which plug up the water conducting vessels. This prevents water and nutrients from reaching the leaves. The disease can do a number on oak trees if left untreated.

The most common oaks in Andover are the northern pin oak and bur oak. They are both found all over the city. Red oak and white oak are found along the western part of the City, along the Rum River.

Symptoms of the disease include discoloration of the leaves from green to a brown or red color. The colors may vary depending on the species. Eventually, the leaves wilt and fall off the tree. The wilting process starts from the tips of the leaves. It usually starts at the top of the tree and progresses downward.


There are 2 different ways oak wilt can spread. One is via the root system. Different trees of like species are capable of forming root grafts. This involves roots of 1 tree actually bonding to the roots of another tree. About 90% of new infections are from diseased trees passing the disease along to neighboring healthy trees through the roots.

The other way oak wilt can spread is from overland spread. This involves different species of picnic beetles picking up the fungus from a diseased tree and spreading it to a healthy tree. Diseased red oaks can produce spore mats, which are areas where the bark has broken open from the pressure of the fungus. These beetles are attracted to the fruity smell that these spore mats protrude. A healthy oak tree with a wound is a prime target for the beetle. The beetle is attracted to the wound on the healthy tree and the healthy tree becomes infected.

You can help prevent oak wilt from starting on your property by simply avoiding pruning oaks during April through September. The highest risk months are April thru June, as this is when the picnic beetle is most active and the trees emit the most sap and are most attractive to the beetles. If you need to prune during these months, apply a safe tree wound dressing to the wound within an hour of the cut. During the safe period (October thru March), you do not need to apply the wound dressing.

Root graft disruption is accomplished by cutting the roots between diseased trees and healthy trees to break the root grafts. This is commonly done by use of a vibratory plow or trenching machine. Many plows have a blade that can go down 5 feet or more. Generally, the deeper the blade can go, the better chance the treatment will work.

Different chemicals can be injected into oaks to try and save them as well. Treatment effectiveness can be 80 - 90%. This is often done in conjunction with root graft disruption to give the healthy trees a better chance for survival. Sometimes, this may be the only option to save some trees, as plowing may not be an option if certain conditions exist, such as: tight quarters preventing machine access; fences or structures are present; underground utilities or irrigation lines are present; risk of damage to sensitive landscapes; or trees are too close to one another.

Infected white oaks can be saved therapeutically by injecting if caught in early enough stages. These are trees with less than 30% wilt showing. Generally, red oaks cannot be saved once they show symptoms, unless caught extremely early on. It may be worth a shot, but the chance of saving an infected red oak isn't very high. 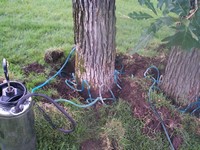 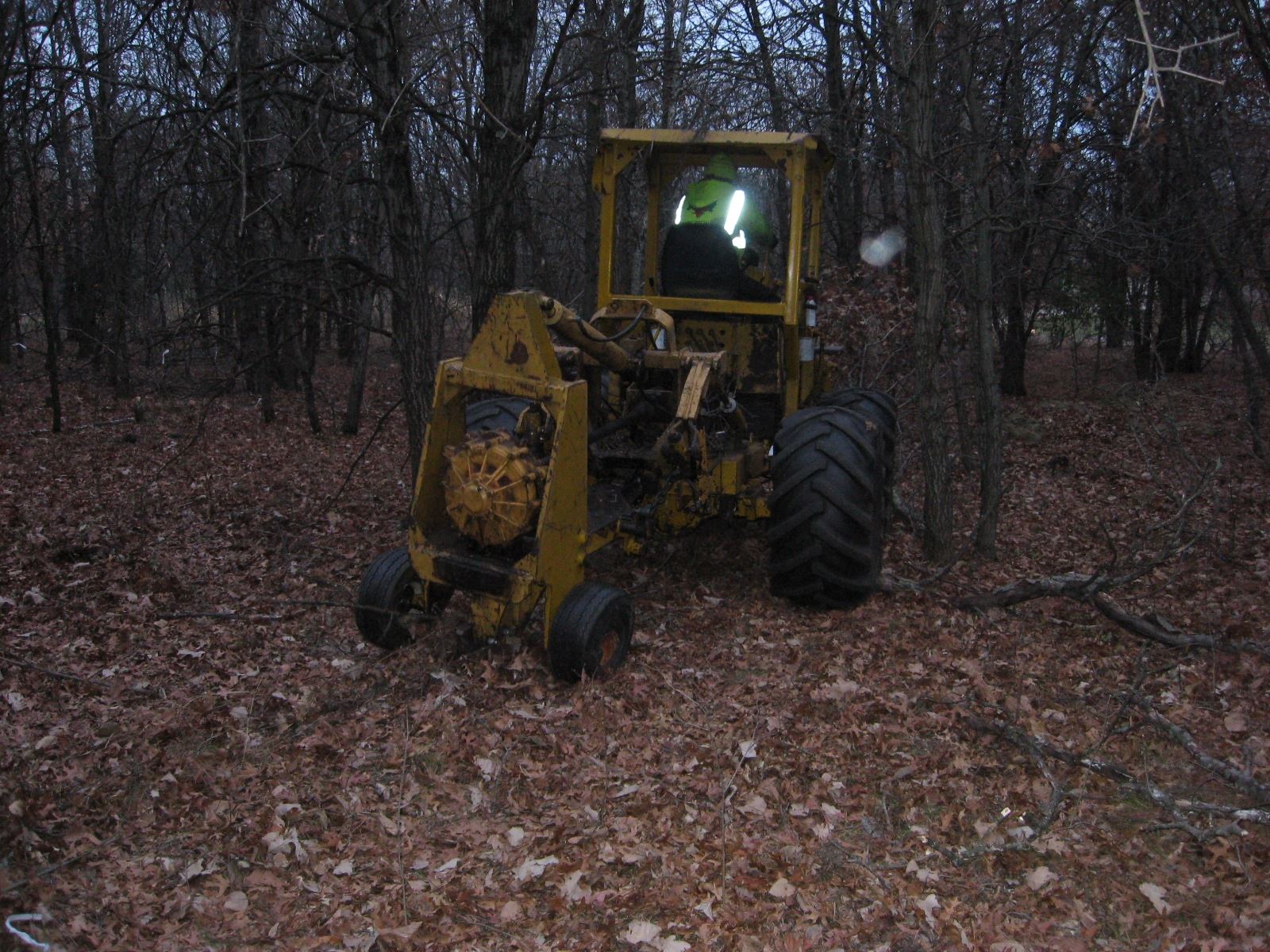 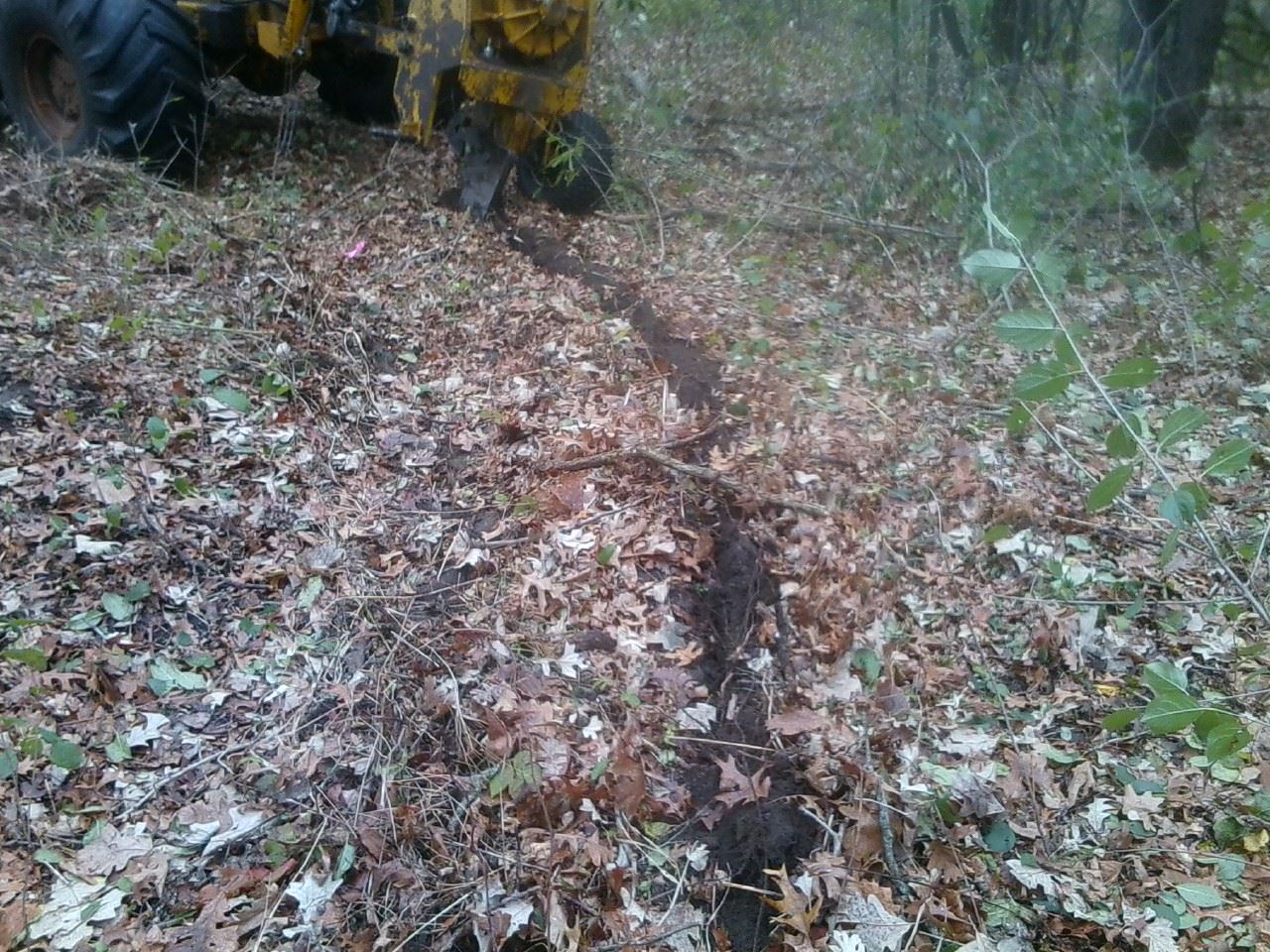 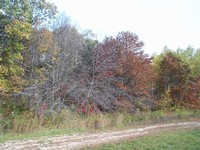 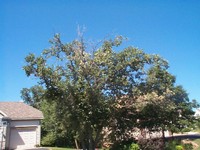 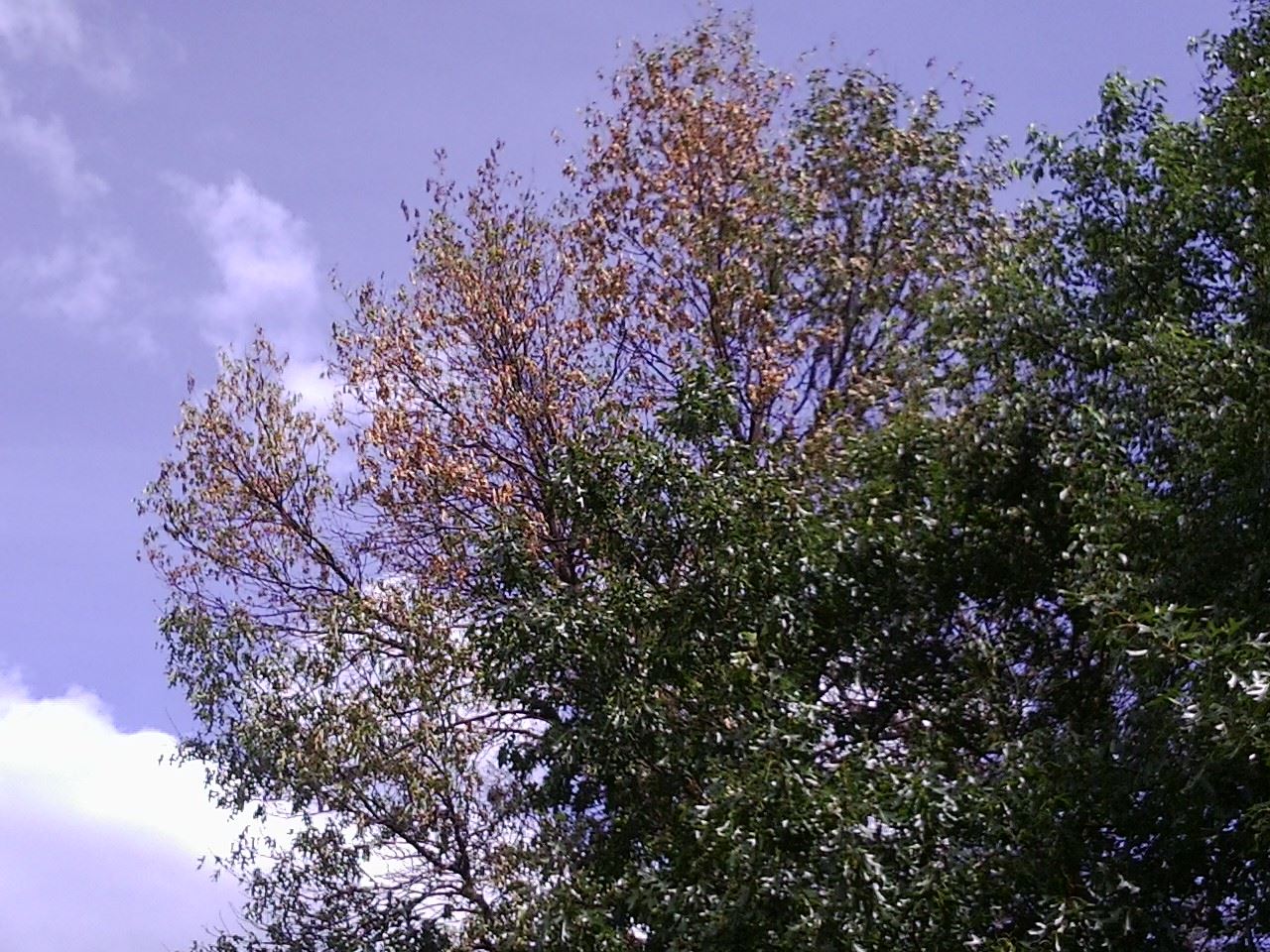 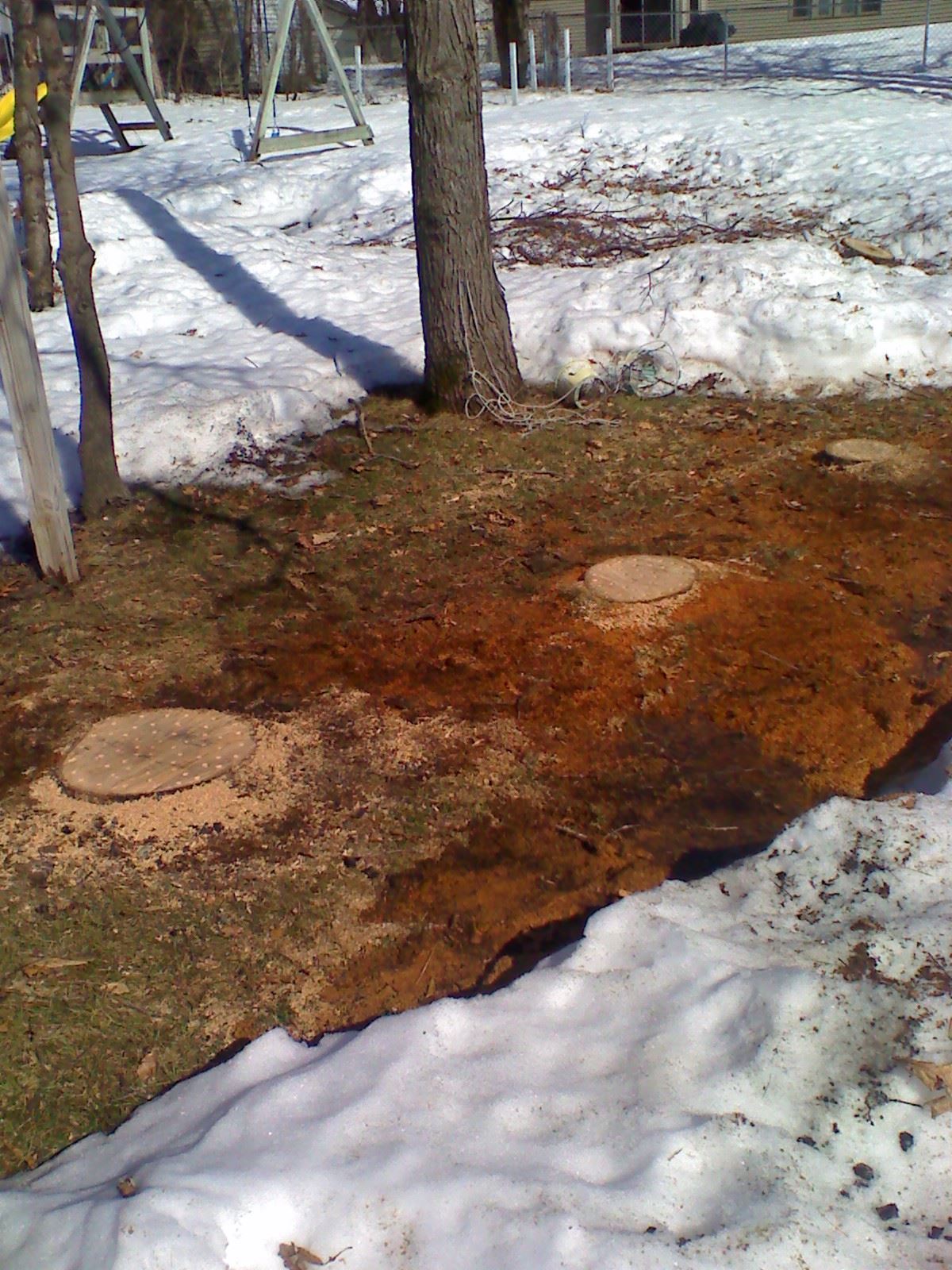 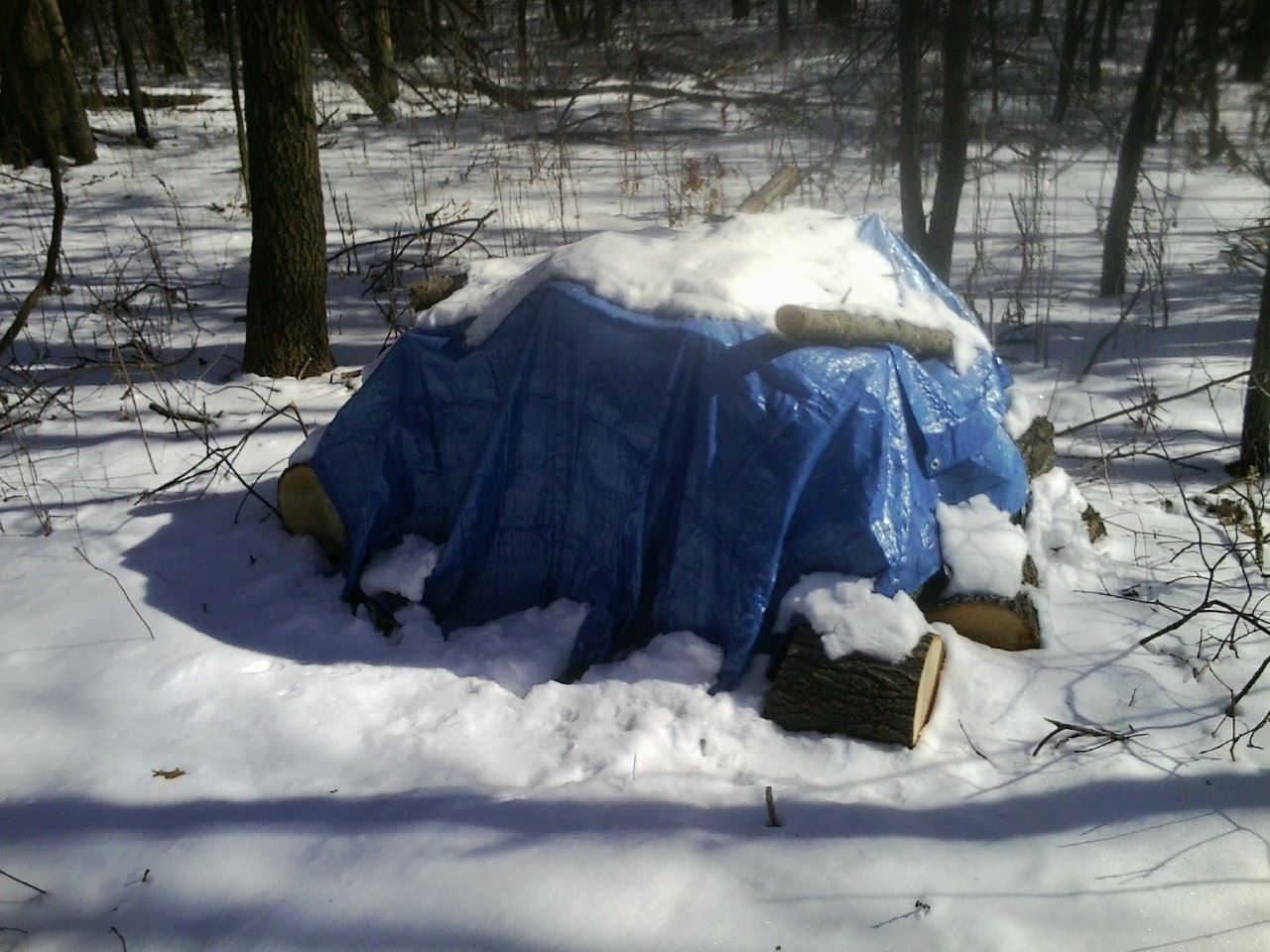 An important thing to keep in mind with injections, particularly for healthy red oaks, is that they may need to be re-treated every 2 years over a span of 6 years. Consequently, this may require a tree to have 2 to 3 treatments over its lifetime. Different companies can perform the injections or property owners can inject trees themselves. There is a "do-it-yourself" kit that can be purchased. See link at the bottom for the ordering information.

Another important treatment that should take place is tree removal. After root graft disruption takes place (if applicable), potential spore producing trees (trees that produce sporemats) should be removed to prevent overland spread from occurring. The wood should also be properly treated by either splitting into pieces no greater than 4 inches wide, burning, debarking, chipping, covering with a black plastic tarp from at least April through September of the following year after it died to adequately dry the wood (see link below for helpful handout) or taking the wood to an approved disposal site.

An important prevention tip that is worthy of being mentioned again is to avoid pruning oaks from April through September. The best time to prune trees is during the winter months.